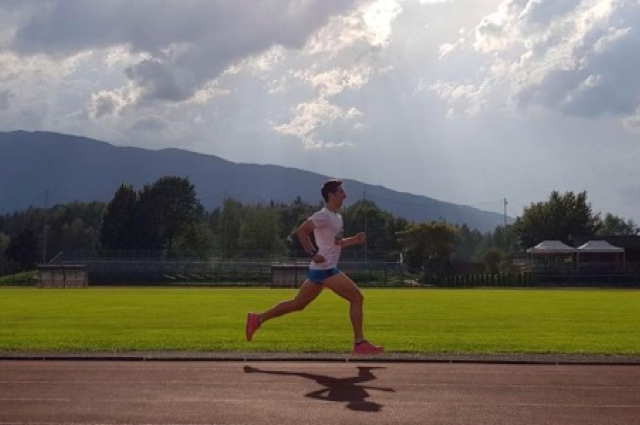 Born on 9th December 1988, Stefano is an athlete defined as “trailer”. The trail running is a specialty of running and his activity is outdoor, in nature (usually on pathways) no matter if on the mountains, in deserts, woods, hills or flat land and the asphalted roads mustn’t exceed the 20% total of the race.

It is usually characterized by very long distances and impressive altitude differences both positive and negative. So, trail running is a discipline very exciting and in contact with nature but also very hard, both physically and mentally. If Stefano from the mental side practices and competes with the right mind, putting all his enthusiasm passion and humility, from a physical side a trailer has an important need of the right way to care about his body. The athlete that every week runs many dozens of miles, with hills down hills and disconnected land, risks to face important functional imbalances. If he has not a balanced and strong body, also in the parts that are not directly involved in the maximal efforts (upper body and core overall) he could overload his structure and most of times suffer of tendinitis or muscles injuries. Sometimes back pain or even stress fractures. The lack of a global physical care can also produce performance declines since running makes you use too similar motor skills, with poor variation of stimulation.

Stefano uses a nutritional profile based on his experiences, very well adapted to his training schedule. During every agonistic season, under medical check, is monitored trough blood test, done every four months to verify its best balance. His coach Massimo Gatti, checks him constantly adapting his practice competition after competition and modifying his sport integration on the base of the technical and medical datas and the feeling of the athlete.

In January, after a pause of 45 days post season and following his coach’s suggestion, the trailer from Pavia asked me to start a partnership and the start of our work together has given many fruits, from a better physical health and body balance to excellent results in competitions. Even if the beginning of our trainings have not been so easy: Stefano arrived at the our workout with a pain at his left knee: probably since months he modified his load distribution moving it totally on the right side of his body (last two years he suffered of posterior tendinitis to the right knee) but this situation had arrived to the end and showed the real problems; the left quadriceps and medium gluteus were atrophic and very weak. In few weeks, with lots of resilience, patient and confidence we restored the best foot proprioception both static and dynamic and strengthen his left leg muscles to get back an optimal functional balance. We also worked on the tone and reactivity of the upper body and arms that were really neglected; in the meanwhile Stefano got back on the road with running workouts that became more and more qualitative and made him get back to a good form already in April and get soon satisfactions.

I am very proud of his winning at the beautiful Bruno Rossini Run 10 miles in May, and the next month the success of the extremely difficult 28 km trail “Run of the Crown” in Finalborgo, in Liguria, with final time 2 hours and 5 minutes!

With big pleasure I introduce you Stefano Emma, a very good guy able to run 10 km in 33 minutes and 01 seconds (during a race near Como) and 1 km in 2 minutes and 45 seconds (again in a competition race, in Voghera)! 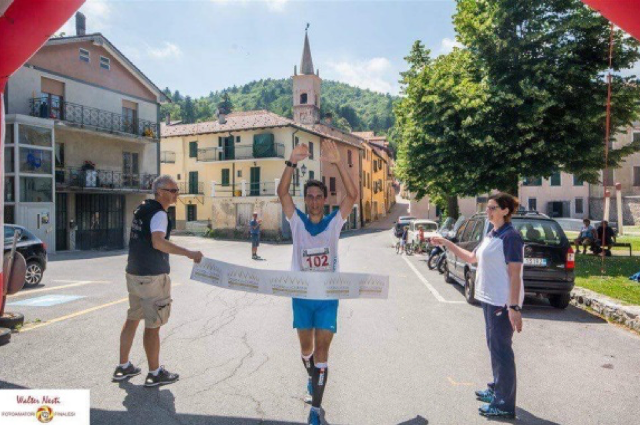